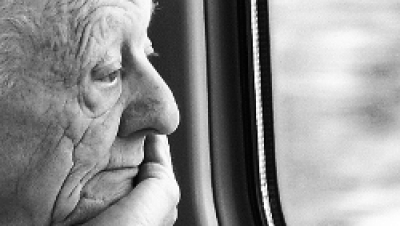 Image by: Rach Davies
Contents
We often joke about 'going senile' or 'getting Alzheimer’s' when we forget things. However, most people don’t understand what dementia really is, what the symptoms of the disease are, or how it progresses. It’s important to know the difference between simply being forgetful and suffering from dementia, in order to have a greater undertstanding of this debilitating and frightening illness.

Forgetfulness as a Natural Process of Ageing

As we age we become more forgetful. This is a natural part of the aging process - our brains decline in much the same way as our bodies as they age. However, forgetfulness can also be caused by the fact that we tend to use our brains less as we age. Our brains are just like our muscles in this way – if we don't use them we lose them.

After retirement, many people do not engage in activities that stretch their mental capacity at all - they lead a lifestyle of routine doing the same things week after week, month after month, year in and year out. If we want to keep our brain sharp, we have to use it. We need to exercise our brain, just as we need to exercise our bodies.

There are many activities elderly people can consider to help exercise their brains. These include:

When elderly people start becoming forgetful, they often wonder if it is something more sinister – and the first thing that comes to mind is the dreaded 'A' word – Alzheimer's. However, when we talk about someone having 'Alzheimer's' we actually mean they have dementia.

Dementia has very specific symptoms (it is not just the commonly held belief of 'a demented person being really batty!'). Dementia is characterised by multiple cognitive deficits, including impairment in memory (more about this later).

It can get very technical, but if simply put, Dementia has the following symptoms:

b. Apraxia (impaired ability to carry out motor activities despite intact motor function)

These symptoms start gradually and continue to get worse and worse.

Symptoms of Dementia in More Detail

Memory impairment is required to make a diagnosis of dementia, and is a prominent early symptom.
Individuals with dementia become impaired in their ability to learn new information, or to recall previously learned material. Most individuals with dementia have both forms of memory impairment, although it is difficult to demonstrate the loss of previously learned material early in the course of the disorder. Sufferers may lose valuables like wallets and keys, forget food cooking on the stove, and become lost in unfamiliar neighbourhoods. In advanced stages of dementia, memory impairment becomes so severe that the person forgets his or her occupation, schooling, birthday, family members and sometimes even their own name.

Deterioration of language function (aphasia) may be manifested by difficulty producing the names of individuals and objects.
The speech of individuals with aphasia may become vague and empty. They talk in a very long-winded way and excessively use words like 'thing' and 'it'. Understanding of spoken and written language may also be compromised. In the advanced stages of dementia, individuals may be mute or have a deteriorated speech pattern characterised by echolalia (i.e. echoing what is heard) or palilalia (i.e. repeating sounds or words over and over).

Individuals with dementia may also exhibit apraxia. This is an impaired ability to execute motor activities despite intact motor abilities, sensory functioning and ability to comprehend a required task. In other words, there is nothing physically wrong with them - their senses such as hearing and vision are fine, and they understand what you want them to do. In practice, this means that they will be impaired in their ability to pantomime the use of objects (e.g. to pretend they are coming their hair with a comb) or to carry out known motor acts (e.g. waving goodbye). They may not be able to dress, cook or draw.

Individuals with dementia may also exhibit agnosia. This is the failure to recognise or identify objects despite intact sensory function. For example, the individual may have normal vision but lose the ability to recognise objects such as chairs or pencils. Eventually they may be unable to recognise family members or even their own reflection in the mirror.

Similarly, they may have normal tactile sensation, but be unable to indentify objects placed in their hands by touch alone. (e.g. a coin or keys).

Disturbances in executive functioning are a common manifestation of dementia. Executive functioning involves the ability to think abstractly and to plan, initiate, sequence, monitor, and stop complex behaviour. Impairment in abstract thinking may be manifested by the individual having difficulty coping with novel tasks, and avoiding situations that involve the processing of new and complex information. The individual may not be able to work, plan activities or maintain a budget.

In order to diagnose dementia, these symptoms must be severe enough to cause significant impairment in social or occupational functioning (e.g. working, shopping, dressing, bathing, handling finances, and other activities of daily living) and must represent a decline from that individual's previous functioning.

Etiology (Cause of Dementia)

We list dementias according to presumed etiology (that is, according to what we think is causing the dementia). This can be:

What most people don't realise is that Alzheimer's Dementia (the forgetfulness etc. that we usually just call 'Alzheimer's') is caused by Alzheimer's Disease. This is the disease that causes the brain to physically atrophy, resulting in symptoms of forgetfulness and cognitive impairment.

The correct term for this form of dementia is thus not just 'Alzheimer's' but rather 'Dementia of the Alzheimer's Type'.

Dementia of the Alzheimer's Type can occur at any age, but late onset (after 65 years) is much more common than early onset. Few cases develop before the age of 50.

American statistics state that 2% - 4% of the population over 65 years of age is estimated to have Dementia of the Alzheimer's Type. The prevalence increases with age, particularly after the age of 75.

The disorder is slightly more common in females than males.

The course of Dementia of the Alzheimer's Type tends to be slow but progressive. A common pattern is insidious onset, with early deficits in recent memory, followed by the development of aphasia, apraxia and agnosia after several years. Some individuals show personality changes or increased irritability in the early stages.

In the later stages of the disease, individuals may develop gait and motor disturbances and eventually become mute and bedridden. The average duration of the illness from onset of symptoms to death is 8-10 years.