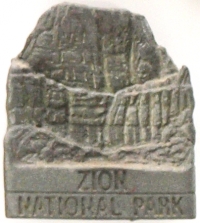 One year, after spending the winter ski season working at an exclusive resort in Denver, I decided to use my earnings to see as much of America as I could before returning home to SA.

One of the many places I visited was the Zion National Park – the oldest National Park in Utah, and known for its incredible canyons. I joined a Green Tortoise Adventure Bus Tour, a budget, backpacker-type organisation that arranges trips to many of America’s most famous national parks. The costs of the trip are kept low by, among others, getting the people taking the tour to muck in with some of the chores – preparing meals being one of them.

There are actually two lessons here. The first one is that even people who like doing the same thing (exploring America’s Parks) in the same way (on a low-cost backpacker bus), will not always like doing everything in the same way. We are all so different and we all believe that our way is the best way (otherwise, why would we do it?). Tolerance and compromise are key.

The second lesson is almost a corollary of the first. Just because you have always done something in a certain way doesn’t mean someone else may not have worked out a better – or a different but equal – way to do it. We can all learn from each other.