My Life Lesson Learnt in Paris 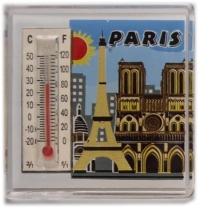 When I was in my early 20’s I ‘did’ a Contiki Tour of Europe. Our first City was Paris and after checking into the hotel, we were taken to see the sights and ended at the Eiffel Tower. Our tour guide gave us strict instructions to be back on the bus by 9:30pm otherwise “it would leave without us!”

I had made friends with three fellow travellers and we made a plan to go up the tower as high as we could. It was magnificent and we took in the views from all 4 sides. When we realized the time it had already gone 9:30pm and we knew the bus would have left. We were not concerned - being young and invincible we knew we would find our way back to the hotel!

An hour and a half later we emerged from the Eiffel Tower to see the bus was still there.  Our fellow tour members told us they had felt sorry for us and had decided to wait. We felt terrible, but also angry that we had been put in a position of unknowingly upsetting the others.

The lesson here is to say what you mean, mean what you say and stick to the plan. Don’t expect others to know you have changed the plan if you have not consulted them!