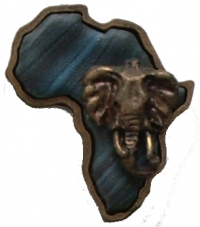 While working on a yacht in Dar es Salaam, Tanzania, I met and befriended a young South African couple. They invited me to join them on an overland trip into Kenya to the Serengeti National Park to watch the famous wildebeest migration. It was awe-inspiring – open plains filled with wildebeest, antelope and zebra as far as the eye could see, and of course all the predators. I saw lion and cheetah, with many vultures and hyena cleaning up the carcasses left behind after a kill.

On this particular day, I watched three male lions as they ran towards the massive herds of animals grazing on the plains. Two of the lions were young and in their prime, but the third was clearly much older. As they ran, the older lion grew tired and slowed down. One of the young lions ran on ahead, soon leaving him behind.

The behaviour of the other young lion, was, however, markedly different. As if realising the plight of the older lion, he also slowed down, frequently stopping altogether to look back. It was as if he was encouraging him not to give up, to keep going.

I was very touched by what I saw. I realised that there are indeed times when even the King of Beasts needs encouragement.

The life lesson here is that we should never be too busy with our own purpose to look back at those who may be slower than ourselves, and encourage them to keep going. Let us never walk so tall that we cannot stoop to help those who have fallen.