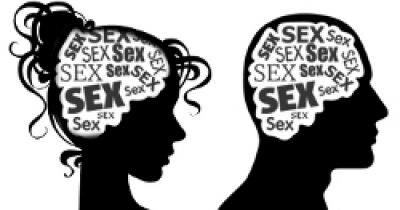 Contents
In recent years, many famous actors and sports stars – Tiger Woods, Michael Douglas, David Duchovny and Charlie Sheen, among others – have cited sex addiction as the reason for their marital infidelity. Outwardly, this may seem to be the ideal excuse for “bad boy” behaviour – medically justifiable cheating! But is this an unfair assessment? Is sex addiction just an excuse, or is it a real disorder?

What is Sex Addiction?

In order for sex addiction to be classified as an addiction, it needs to meet the criteria of addiction. This implies persistent activity associated with sex, despite continuing or recurring work, social or interpersonal problems caused, or exacerbated, by the activity.

Before a diagnosis of sex addiction can be given, all other conditions must first be eliminated. A high degree of sexual activity could be a symptom of mania, or bipolar, obsessive-compulsive or post-traumatic stress disorders. Sexual trauma can lead to hypersexuality in some people. Some depressed people are predisposed to more frequent sex - not because of an increased libido, but because it helps them escape their isolation by having close contact with others, albeit only physical.

Sex addiction is a real disorder, but it may not manifest itself in the way that the average person thinks - that is, it is not necessarily about engaging in the actual act of sex frequently. A person can be classified as a sex addict without, in fact, having any physical sex at all!

How Does it Manifest?

The term “sex addiction” is used to describe the behaviour of someone who has an unusually intense sex drive, or an obsession with sex. It involves not only the regular act of intercourse, but also regularly thinking about it. Sex, or thoughts thereof, dominate the person's mind, making it very difficult to work or have healthy personal relationships.

Sex addicts engage in distorted thinking - rationalising and justifying their behaviour and blaming others for their actions. Sex addiction also involves taking risks. They participate in various sexual activities, despite the potential for negative and/or dangerous repercussions. In some cases, the sex addiction progresses to involve illegal practices such as exhibitionism, obscene phone calls and even molestation. This does not necessarily mean, however, that all sex addicts become sex offenders.

Sex addicts gain little satisfaction or pleasure from sexual activity – in fact, the most common feelings are of guilt and shame. They form no emotional bonds with their sexual partners, and feel they lack control over their behaviour – they just can’t seem to stop - despite the negative financial, social and emotional problems commonly experienced.

What are the Symptoms?

Other behaviours associated with sexual addiction include:

Why is it so Prevalent?

The easy access, affordability and anonymity of the Internet has greatly increased the numbers of cybersex addicts. The growth of smartphone technology has made it easy to participate in cybersex wherever and whenever you choose.

Internet cafes, and wireless Internet connections in bars, restaurants, hotels etc. also contribute to the growth in cybersex addictions across all demographic groups.

Another reason people may become addicted to cybersex is that it allows them to create a made-up world, take on a new identity, and escape their present environment. People feel they can experiment sexually without anyone knowing who they really are. They can also pretend to be a different age or gender, adding to the thrill.

Cybersex does not require physical contact. As a result, more sexual deviance is possible – any fantasy, fetish or interaction is accessible with the click of a button. It’s a world in which there are endless people who appear to be interesting and - more importantly - are interested in you.

A Stanford University study on cybersex addiction estimates that there are nine million cybersex addicts in America alone. Most start off satisfying their curiosity, enjoying the excitement that engaging in online sexual activity brings. However, they gradually increase the time they spend engaging in cybersex until it significantly interferes with other aspects of their daily lives. True Internet sex addicts, as well as spending longer and longer online, will take increasingly greater risks as they progress in their addiction.

What are the Risks?

Compulsively spending hours on the Internet viewing pornography or engaging in other cybersex activities can adversely affect your real-life relationships, career, and emotional health. Because real people cannot compete with fantasy, pornography ultimately interferes with — and may even replace — genuine relationships.

Cybersex addiction can completely derail normal and necessary intimacy between partners. Cybersex addicts are unable to achieve the same sort of sexual fulfillment through real, physical interactions as they can online, and most end up avoiding sexual contact with their partners.

Although many cybersex addicts deny that what they’re doing should be classified as infidelity, most partners of cybersex addicts feel threatened by the online parties, and this too can destroy relationships.

Internet sex addiction is progressive, and sex addicts take greater risks and become more reckless to satisfy their craving. Many get caught looking at pornography at work or by family, and face negative consequences for their inability to control themselves.

Cybersex addiction can lead to increased rates of depression, shame and guilt.

Am I a Sex Addict?

Sex addiction - cyber or otherwise - is not about having a high sex drive, nor is it about any particular kind of sexual activity. It's yourrelationship with sex that's key - if you use sex consistently as a way of altering your mood, or if it becomes the primary coping mechanism for the difficulties you're experiencing in your life, then you may be suffering from sex addiction.

If you recognise any of the patterns below in your own life, you should talk to a mental health professional, as this may indicate the presence of sexual addiction.

Can Sex Addiction be Treated?

The good news is, the answer to this question is yes! The problem with sex addiction however, unlike an addiction to drugs or alcohol, is that it is generally seen as a moral deficiency, rather than a mental illness. Many addicts are therefore too ashamed or embarrassed to seek help. Others live in denial of their addiction. Effective treatment can only start if the person accepts and acknowledges that they have a problem, and finds the courage to get help. In many cases it takes a significant event - such as the loss of a job, arrest, or a health crisis – before the addict will admit they need to be treated.

Treatment focuses on educating the addict about healthy sexuality, and takes the form of individual counselling and/or family therapy.

Support groups, and a 12-step recovery programme (such as Sex Addicts Anonymous) are also available. The recovery process takes time, but with guided help, an addict can recover and restore balance and harmony - emotionally, sexually and financially, as well as in his personal and even spiritual life.

There is no doubt that some people will use sex addiction as a cover for infidelity. Each situation must therefore be judged individually, but there is help – and hope - available for those affected by it.