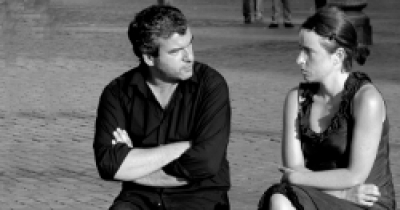 Image by: no lurvin here
Contents
Conflict occurs when the goals, needs or opinions of one person clash with those of another. Unchecked, this conflict can escalate into full-blown hostility and even violence. When viewed constructively, however, conflict can actually become a valuable and productive growth experience. What skills can we develop to help us handle conflict situations correctly, ensuring a positive outcome for both parties?

If the two parties have mutual goals, they will work in cooperation with each other. If their goals are opposed, they will experience conflict.

The definition of conflict varies from person to person and ranges from minor disagreements, antagonism and incompatibility, to hostile, heated arguments, bullying and even physical violence.

This article focuses on conflict within relationships. That is, how to cope with disagreements.

When we talk about physical fighting, most people would agree that this sort of conflict is not desirable or healthy, and should be avoided. However, even when referring to everyday disagreements, many people say things like: "I don't like conflict" or "I avoid conflict at all costs" .What they are in fact referring to here, is disagreement - they don't like disagreeing with others and avoid it at all costs. This usually happens for one of the following reasons:

The truth is, avoiding conflict is unhealthy, and can lead to patterns of interaction that are destructive in the long term.

People are unique. There are no two people exactly the same, and no matter how similar they are, there will always be ideas, issues, situations etc. on which they disagree. This is to be expected, and is not a problem in itself. It does become a problem, however, if the point of disagreement cannot be discussed, as this usually ends up causing more stress for all concerned. This happens because the resentment starts to fester and tension rises. What then happens is one of two things:

The healthy approach is to address and resolve conflict with the person concerned in a respectful manner.

If we want to be assertive - open, clear and honest so others know where they stand with us - we need to be prepared to open up points of disagreement for discussion. Raising the disagreement does not have to lead to an argument, but it should lead to a conversation or discussion. If both parties are listening to each other, it can be a valuable and constructive growth experience. The fact that we can cope with disagreement/ conflict is far more important to a relationship than not having disagreement/conflict.

Conflict in itself is not bad. Knowing how to deal with it is what counts. If we know how to cope with conflict, we will learn to be less fearful of it and learn to use it to enhance our relationships, be they personal, social or work related.

View conflict as an opportunity to analyse the situation objectively; assess the needs of all concerned; and come up with healthy solutions. Viewed in this way, conflict becomes an opportunity to create stronger relationships, creative solutions and clearer communication.

The Teddy Bear is always there for you

When a friend/colleague feels strongly about something and you could not care less, then smoothing would be the most appropriate strategy.

If you act like a Teddy Bear, you give up your goals in order to maintain the relationship at the highest possible level.

When another person's interests are much stronger or more important than yours, smooth and give the other person their way. Example: Giving up the parking bay closest to the door, to a wheelchair-bound colleague.

The tortoise retreats from everything

When a situation is dangerous to you or out of control, then withdrawing might be the most appropriate strategy.

If you act like the tortoise, you give up both your goals and the relationship - you avoid the other person and the issue. Example: When being mugged.

Nobody gets in the way of the shark

When it is important that your goals are achieved and you don't care whether you have a relationship with the other person or not, then forcing would be the most appropriate strategy.

If you act like a shark, you try to achieve your goals at all costs. Example: Captain on a ship insisting that safety procedures are followed by his crew.

The fox is cunning & gets something

When it appears that neither party can get what they want, compromising may be the most appropriate strategy.

If you act like a fox, you give up part of your goals and sacrifice part of a relationship that is moderately important to you. Example: He wants to take you out to the movies. You want to stay home and sew. You agree to stay home and watch a DVD together, while you do some hand sewing.

Wise old owl uses her head for the best

If both your goals and the relationship are important to you, negotiating would be the most appropriate strategy.

If you act like an owl, you initiate negotiations aimed at ensuring that both parties achieve their desired goals while maintaining the relationship at the highest possible level. You try to achieve a win-win situation.

"...O Divine Master,
grant that I may not so much seek to be consoled, as to console
to be understood, as to understand..."

These words from the Prayer of St Francis are crucial if we want to cope with conflict, because a major source of conflict is that we often don't understand what the other person is saying. This is either because we are not listening properly or because the other person is not explaining themselves properly.

Conflict management, or conflict resolution, requires effective communication skills – especially listening. To resolve conflict, each side must able to understand the other's needs, wants and point of view.

A step by step 'formula' to create a win-win situation is as follows:

Practical Guidelines for Coping with Conflict

Conflict is not always just about disagreeing on a specific topic. Often, it is also about how we treat each other. When we treat people with disrespect, it is bound to cause hurt, upset and conflict.

When coping with conflict do....

When coping with conflict do not...

There is a very poignant quote which says something like: "Don't try to win until you have counted the cost of winning"  (Source unknown).

Please note: Contempt is the key indicator of a failing relationship.