My Life Lesson Learnt in Ronda 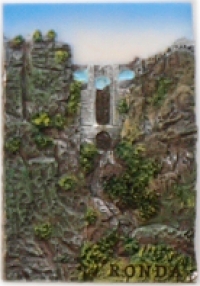 Ronda is one of the oldest towns in Spain. Its origins can be traced back as far as 700AD, although the "modern" town dates back to the 11th Century. The "old" and "new" towns are built on either side of the spectacular, 100m-deep El Tajo Gorge, and are linked by a series of bridges, one of which was built by the Romans and is still in use today – albeit only by pedestrians. The main bridge – also still used today – is the Puento Nuevo, an architectural marvel built between 1755 and 1793. The bridge is one of the most photographed in the country, and to me stands out as symbol of the incredible power of the human mind and spirit. It was built over 250 years ago, without the help of computer-aided design or high-tech equipment – something modern engineers and architects would never dream of attempting.

The successful completion of this bridge is a huge lesson in what human determination and vision can produce. We are so often hindered by our beliefs about what we can and can't achieve, and don't always reach our full potential simply because we tell ourselves we can't do it. But if we don't impose limitations on ourselves, there's no limit to what we can achieve.