My Life Lesson Learnt in Oudtshoorn 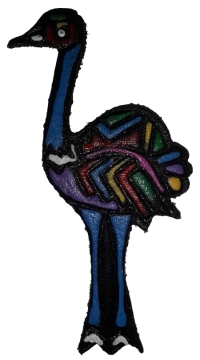 Some years ago I visited Oudtshoorn, a region in South Africa well known for its ostrich farming. I had a tour of a farm, as well as a ride on an ostrich – a most interesting experience! I also learnt some fascinating facts about ostriches. What struck me most was that while ostriches are not the most intelligent bird on this planet (an ostrich's brain is smaller than its eye and would hardly fill a tablespoon!), they have adapted so well that they have been on earth between 70 and 120 million years. Their lifespan is 50 – 75 years, which is an amazing age for a bird! In Mesopotamia and Egypt ostriches have inspired cultures and civilizations for 5000 years, which is more than can be said for most other living creatures!

The lesson here is that success need not be about intellectual capacity or intelligence, but rather about getting on with the job. Too often we measure success by degrees, diplomas and certificates, rather than by the ability to adapt to what's needed and getting on with doing it!