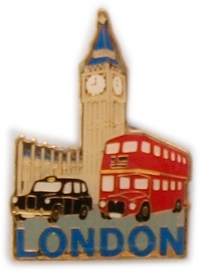 While on holiday in London, a friend and I decided to see A Breath of Life - a much-anticipated play showing in the West End, starring Dame Judy Dench and Dame Maggie Smith. It was a last minute decision, and the person at the box office said that the only available tickets were not in a good position. In fact, he told us, for a portion of the play, we would be unable to see either actress on stage.

I told my friend that I didn’t want to see the play under those circumstances. She said she didn’t want to see it on her own, but was so obviously disappointed that I capitulated and said we’d go – even if it meant having the “bad” tickets.

As it turned out, there was not one second of the entire production where we weren’t able to see both stars, and my friend and I absolutely loved the show.

The life lesson here is that things are often not as bad as we think they’re going to be, and we shouldn’t always be put off by what we think is going to be a negative experience. Instead, let’s take the advice of that well-known brand of athletic shoe, and Just Do It!