Getting Around To It – The Perversity of Procrastination 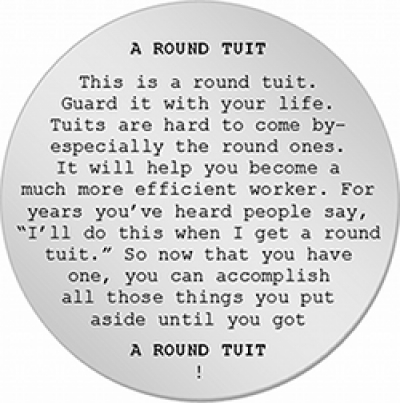 Image by: Photobucket
Contents
Everyone procrastinates from time to time. It’s human nature to want to delay tackling an essential, but unpleasant task. Sometimes all we are actually doing is prioritising effectively. But how can we tell whether putting off an important task is becoming our behavioural norm, and not the exception – and what can we do to reverse this unproductive and unhealthy trend?

In psychology, procrastination is defined as the act of replacing high-priority actions with low-priority ones. It is the name given to that puzzling gap between what we intend to do, and what we actually end up doing. In other words – procrastination is putting off important tasks that you should be focussing on right now, in favour of something more pleasurable, or that you’re more comfortable doing.

Psychologists generally agree three criteria have to be met in order for behaviour to be classified as procrastination - it must be counterproductive, needless, and delaying.

Chronic procrastination can cause stress, guilt, panic and significant loss of personal productivity. It weakens your immune system and can keep you awake at night. Failure to do what you’re supposed to also makes your family, friends and colleagues resentful because it shifts the burden of your responsibilities onto them.

Why do we Procrastinate?

One of the really interesting things about procrastination is that people do it despite knowing or expecting to be worse off for doing so.

Exactly why we procrastinate depends both on ourselves, and the task in question.

This battle will only be won when we recognise one irrefutable truth – want never goes away.  We will always want to do the nicer things, the more fun things, the things that don’t stress us out or take too much of our time and energy. We procrastinate because we choose want over should. Recognising that the feel-good benefits of procrastination can very quickly change into guilt and panic is key.

More rarely, chronic procrastination can be an indicator of a disorder - such as Attention-Deficit /Hyperactivity Disorder, for example. In most cases, however, it can be attributed to one or more of the following:

Disorganisation is probably the main culprit when it comes to procrastinating, and a failure to properly prioritise tasks is the number one habit of disorganised people. Most procrastinators tend to tackle the easiest tasks first, regardless of whether they are urgent or not. This means the more difficult – and sometimes urgent – tasks pile up until you have no choice but to tackle them. Current tasks are then pushed aside as a result. This cycle quickly leads to chaotic scheduling of tasks as the procrastinator no longer has any idea about which tasks should be tackled first.

Organised people tend to procrastinate less than those who are more disorganised, mainly because they often make use of such useful tools as prioritised to-do lists and schedules. These help identify how important each task is, and tell you exactly when it’s due.

Organised people usually have a good idea of how long a particular task will take to complete, and are seldom late in doing so. They are also good at breaking down bigger tasks into manageable, 'bite-size chunks'. This ensures no one task becomes so overwhelming that they are reluctant to tackle it.

Perfectionism is defined as a fear of failure or of making mistakes, a fear of disapproval or letting someone else down, black and white thinking (it's either all or nothing, there are no shades of grey), an irrational belief that 'I should be able to do this', and a belief that other people’s success comes easily to them.

Strangely enough, perfectionists, who are usually exceptionally organised, are also often procrastinators. They may feel that they don’t have the right skills or resources to complete a task perfectly, so they decide not to do it at all. They then feel guilty and seek comfort in doing tasks they know they can complete perfectly. Unfortunately, this behaviour, while undoubtedly a coping mechanism, doesn’t make the big task(s) go away.

Fear is a big motivator, but irrational fear can also be a big reason for not doing something. We’re afraid we’ll fail, so we don’t try. We’re afraid we’ll succeed and will then have to deal with the change that often follows success.  We fear being rejected, or looking like a fool.

Rebellion is about control.  We assert our control by choosing when (or whether) to do the task. If we feel resentful about having to do something, we rebel. We say, “OK, I’ll do it (because I don’t have a choice) but I won’t do it now.”(asserting control).

This is a classic manifestation of what we call a Victim Mentality. People suffering from this feel they are being treated unfairly, but have no way out of their situation. This is false thinking - we always have a choice! Empowered people take responsibility for their own situation, rather than blame others.

Being rebellious is simply a form of passive–aggressive behaviour. It is better to be assertive and say no at the outset. That way, others know exactly where they stand with you and respect you for it.

Laziness is simply that… laziness!

You know the job has to be done but it’s not emotionally important to you. Or you don’t want to do it because it’s unpleasant. Or you simply just 'don’t feel like it'.

The Paralysis of Analysis

Planning is good. Failure to plan is planning to fail. But too much planning can be just as disastrous as not enough. Over-think a situation, and you reach the point where it’s impossible to make any forward progress because you have thought and analysed it to death! You have become completely bogged down in the details. You’ve tweaked it, brainstormed it and researched it – you just haven’t actually done it!

According to the Myers Briggs Personality Type Indicator (MBTI), some personality types find decision-making much easier than others.

Perceiving type prefers to leave things open. They prefer not to make a decision, so as to be spontaneous and take advantage of the latest developments.

Judging type, on the other hand, likes closure. They like to have a decision made and act on it.

If you are a Perceiving type, you will need to work at making a decision and sticking to it.

"Some people try to turn every action into a decision. They make every act a psychological dilemma.

The reality is that nothing is getting done except deciding. They are really deciding to decide, not deciding to act."

The truth is, everybody procrastinates to a lesser or greater degree. It’s simply impossible to do everything that needs to be done all at once. Putting off an unimportant task isn't necessarily procrastination - it may just be good prioritisation! If you have a genuinely good reason for rescheduling something important, then you’re not procrastinating. But if you’re simply 'making an excuse' to avoid doing something, then you are.

You may be a chronic procrastinator if you regularly:

How can I Stop Procrastinating?

The good news is that procrastinators are made and not born. Procrastination is a learned behaviour – and what’s learned can be unlearned. The bad news is that while it's possible to change, it will take a lot of time, and you may always feel tempted to slip back into your old ways. The secret is staying committed, and appreciating the huge feelings of self-satisfaction and achievement that come with not procrastinating.

Here are a few tips you can try to put procrastination in its place!